On 11th July 2015, over 25 leaders of the Duke of Edinburgh’s International Award from Sofia,Plovdiv, Gorna Oryahovitsa, Mizia and Kozloduy gathered together near the capital to discuss priorities, share experience and plan the future together with the Award’s Bulgarian team. The meeting was also joined by Vera Kirilova and Iliya Marincheshki, representatives from the National Alliance for Voluntary Action Foundation – independent regional operator of the Award. 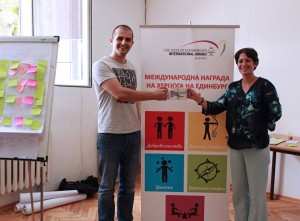 ”We hope that by 2025 the Award in Bulgaria will be joined by over 5000 participants.” That’s what the leaders wished for during the first national meeting of the leaders of the Duke of Edinburgh’s International Award, Bulgaria.

A special guest of the event was Svetlozar Petrov – CEO of Job Tiger and member of the honorary trust of the organization. He shared that he feels pretty excited, as he sees the Award in action and feels the inspiration and energy that the leaders put into their work with the youth. 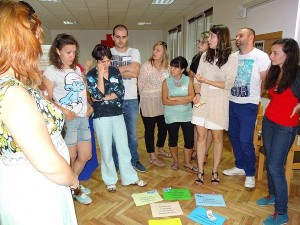 “I’m glad that we were together and that you succeed in doing wonders every day as well as in working voluntary in favour of the youth” said Lyubomira Velcheva – CEO of The Duke of Edinburgh’s International Award, Bulgaria.

“ Thank you for believing in the cause, for taking the time and for being devoted  to the Award.”, said in a special Skype conversation Melek Devint, who is the regional director of the International  Foundation of the Award, conforming to Europe, the Mediterranean and the Arabic countries(EMAS).

At the moment, over 150 participants in Bulgaria have chosen the Award for their own personal development. In ten cities across the country, 24 licensed operators concede the international program. The program exists since 1956 and it’s introduced in 144 countries all over the world. In Bulgaria, the Award has been operational since March 2014 and patron of the organization is the president – Mr. Rosen Plevneliev.