It is time for an assessment

From the 20th to the 26th of July, Plovdiv turned into the capital of the 2015 world rowing championship for ages under 23. Foundation “National alliance for volunteer action” collaborated with the organizing committee for the recruitment and management of volunteers for the successful conduct of the competition, in which 49 countries competed at the Rowing channel in the city. 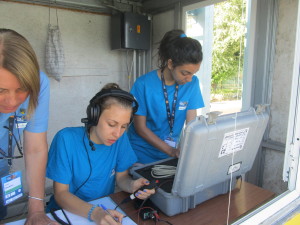 146 volunteers participated in the organization and conducting of the event. They were divided into 8 branches and over 25 positions: technical coordination, press center, face control, time measurement, action team, transport and logistics, medical help, technical assistants and ceremonies. The number of volunteers in each position variated between 5 and 25 people. The work was divided into two shifts, in the morning and in the afternoon, but the volunteers often stayed for both.

And now to the more interesting statistics. The average age of volunteers turned out to be 16.5 years, with the youngest volunteer being just 13 years old, and the oldest – 59 years old. The hours of voluntary work are over 8 000, which multiplied by the average hourly wage for the country is an economic contribution of more than 50 000 BGN. The post which started work earliest was the wardrobe – 6 AM, as training before the races started at 6.45 AM.

Another interesting information is associated with the skills. Over 90% of the volunteers had excellent or very good English, which was one of the leading criteria for joining. Many of them knew a second language as well. The most interesting languages that were spoken are Dutch, Armenian and Greek. The second language, which was spoken by most of the volunteers was German. Other spoken languages were Italian, Spanish, Russian and French.
At the closing ceremony of the tournament, the volunteers received recognition and thanks from the president of FISA, Jean-Christophe Rolland. Their technical work was highly rated by the technical director of F 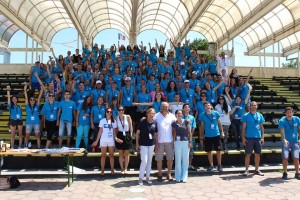 ISA and our Olympic champion Svetla Otsetova, as well as the chairman of the organizing committee Ivan Popov, who after the end of the championship in a special address, called for the volunteers to not lose their desire and motivation to support sports and urged them to support the next major rowing championship in 2018. 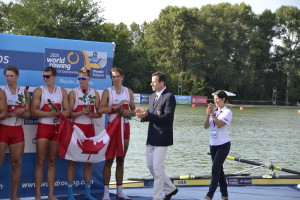 The network coordinator of NAVA – Vera Kirilova was a part of the official awarding ceremony and congratulated the new world champions together with President Rolland.

The NAVA team that coordinated the volunteers: Vera Kirilova, Iliya Marincheski and Rashko Angelinov express their immense gratitude to the volunteers for their dedication and professional attitude during the entire championship! 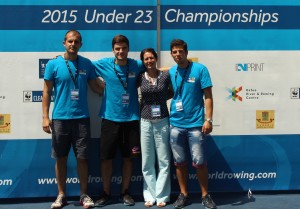 More photos from the championship can be found on the “National Alliance for volunteer action” Facebook page here – Facebook тук!