The index of civic participation in Plovdiv Municipality is 3.36.

The assessment was given by 14 members of civil organizations during a focus group, organized by National Alliance for Voluntary Action /NAVA/ as a part of Forum Civic Participation /FCP/ network.

The assessment is made for the first time and it shows what are the regulatory environment, m 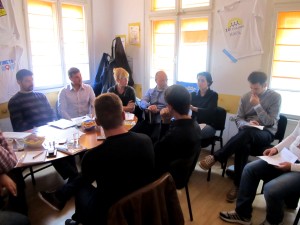 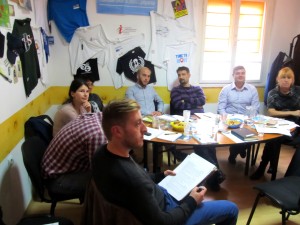 The national research which evaluated Bulgaria’s civic participation has already been conducted by FCP and members and partners of the network in the summer of 2015. The general assessment of the country is 3,39. You can find and download all of the assessments of Bulgaria, Plovdiv and other cities as well as the complete reports HERE.

The index of civic participation is developed as a part of the “Za da ima uchastie” Project financed by the NGO Programme in Bulgaria under the Financial Mechanism of the European Economic Area 2009-2014. (www.ngogrants.bg).

The activities are co-funded by Charles Stewart Mott Foundation. (http://www.mott.org/).