The choice of the best voluntary initiatives of 2015

On 2nd December 2015 for the sixth  consecutive year the Foundation ”Lale” and the Foundation “National Alliance for Volunteer Action” (NAVA)  honored the most interesting and effective voluntary initiatives in Bulgaria for  2015. 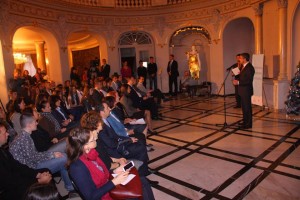 In an official ceremony in the National Theater “Ivan Vazov” with the attendance of the President of the Republic of Bulgaria Mr. Rosen Plevneliev the members of the jury bestowed certificates to the three awarded organisations: the Club of the Philanthropists from the 105 “Dimitar Dalchev” Secondary school -Sofia, TELUS International and the Tourist society “Prista”- Rousse. 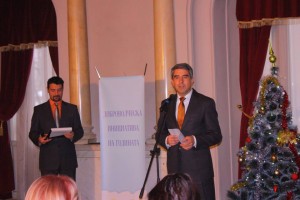 “The European culture of empathy and unity is the fundamental basis of volunteering and it is what makes us not only free people and independent personalities, but also a strong and united society that has good causes and a mission and is ready to help the people in need –  declared President Rosen Plevneliev during the ceremony. The head of the country pointed out that we have lived in hard times and that our lifestyle and values were put to the test. “When it is hard and difficult we need to follow our dreams, not our fears.  We will not surrender. We will keep moving on because we will not forget the traditional for Bulgarians, built for ages values – tolerance, humanity and respect to different people. The desire of everybody to hold out a hand to people in need will also not be neglected”, emphasized the President. 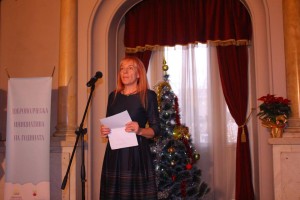 initiatives were nominated. All of them characterized themselves with innovative thinking and a desire for the realization of an effective idea that will make a change on a local and a national level.

The awarded initiatives were chosen from a competent jury with members Aneta Milkova, member of the Board of managers of the Bulgarian National Television; Ognian Zlatev, the leader of the Delegation of the European commission in Bulgaria; Aleksei Lazarov, the head editor of the “Capital” newspaper, and Ivan Stanchov, the founder and the President of the Board of the managers of Foundation “Karin dom”.

And here is some brief information about the initiatives, based on their results, their importance for the people in the community, the number of people and their characteristics, the financial efficiency and the significance of the initiative for the development of the organization’s team and the volunteers.