Goodwill knights all around the country

NAVA member organisations all around the country celebrated 5th December, International Volunteer day, by holding ceremonies acknowledging the thousands of volunteers and the ones who support them.The “Goodwill knight” title was given to more than 20 volunteers, distinguishing them for their active work in 2015. Here is how it was celebrated in the different cities :

A doctor and a future engineer were distinguished by the “ 21st Century Ecomission” (BG: “Екомисия 21 век“ ) with “Volunteer of the Year” title in Lov 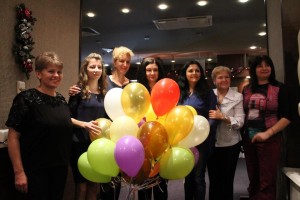 ech. This happened at the association’s ceremony, which is being held for 12th time. The 24-year-old Petko Dimitrov was nominated as “Volunteer of the Year”, while “The Most Active Volunteer” title was given to the famous Dr. Darina Petrova, who is also from Lovech. The 17-year-old student Sevdelin Kolarov is this year’s “Goodwill knight”. During the event, “ 21st Century Ecomission” also honored institutions with a contribution the goodwill during the past year. Special diplomas were given to the organisations : “ Local Administration Lovech” , “Education, culture and tourism” and to the “ Ekzarh Yosif I” school. The institution “ Region Lovech” gave away prizes to the other “Volunteers of the Year”, who have taken part in the youth organisations. “ Vladimir Veselinov was awarded by “21st Century Ecomission”.

The traditional “ Goodwill Knight ” title was given to the most active volunteers in Plovdiv as well. Three people received it – Vanesa Chavushyan, Emiliya Kandeva and Katerina Chobanova. The NARD team also thanked the following people and ogranisations for 2015’s success : 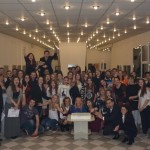 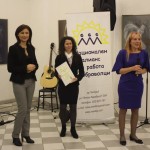 – DZZD “ Lukov, Gorchev and Daskalov” were honoured for being donors and contributors.

The centre for working with volunteers with the “ A hand for help” foundation organised a celebration in Dobrich. The special guest there was the city’s mayor – Mr. Yordan Yordanov. The “Goodwill Knight” title was give 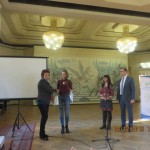 n for the third in-a-row time to the most active volunteer of the year. This time Simona Metodieva was honoured, after being nominated by the other volunteers in the foundation. Prisiyana Vlaeva, Teodora Roydeva and Monika Vasileva were also acknowledged as extremely active. Speeches in video format were held by Reneta Veneva – management board chairwoman of NAVA, as well as Georgi Bogdanov – executive director of National Children’s Network. 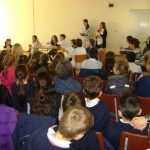 A competition named “ What do we know about volunteering? “, as well as an award ceremony for  the active ones in ecological and goodwill initiatives in the past year were held in OU “P.R.Slaveykov” school in Varna. A total of 56 young people have taken an active part in environmental and charity activities over the past year.

In 2015 the YMCA Gabrovo team and the volunteers there, together with the “National Volunteer’s Alliance” celebrated for the 16th consecutive time the “International Volunteer’s day”. At the traditional award ceremony for the distinguished volunteers over the year, which took place on 7th December a 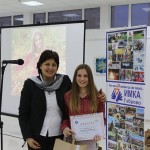 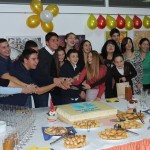 awards were gven to the nominated volunteers, representatives of organizations, who have had significant contribution for carrying out the activities of the organizations and/or  for promotion on volunteering in the city and region. The title “Knight of the Year”, was awarded to: Elia Racheva , volunteer in Association YMCA  for her active volunteer activity in programs  for work with children – daily and adventure camps, children’s parties and  other events for the free time initiated by YMCA Gabrovo, as well as for volunteer activities in student council in the National science and Mathematics high school “Acad. Ivan Gyuzelev ” Gabrovo.

In Trud village Community Centre, ,, Light” , the title “Knight of goodwill” was given to the fifteen year old Maria Gudzhe 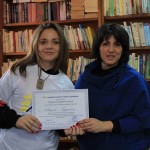 Complex for social services for children and  adults  –  Yambol formally celebrated the International Volunteer day with an event , in which other  volunteer groups from the city participated and presented  their activities 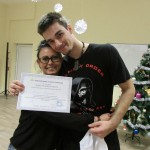 . The event passed with many smiles, games and active participation from all volunteers and guests in CSSCA. At the end of the celebration Ms. Milena Alexieva presented the award,, Knight of goodwill” to one of the active volunteers – Denis 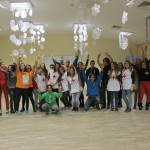 Boyadzhiev, to encourage his dedication to voluntary initiatives, his talent and enthusiasm. This year CSSCA issued an award and diploma “Lady of goodwill” for encouragement to Kremena Terzieva – volunteer in CSSCA, for permanence, accountability and participation in voluntary initiatives. All the other volunteers to the Complex also received diplomas for active participation and creativity in voluntary activities.

Foundation “Donate a smile,” in  Dimitrovgrad , noted that special day of gratefulness with a feast for volunteers, who during the whole year have participated in the organization and conducting of campaigns and events, targeted to children and families in need. The foundation  distinguished the most active volunteers for the third consecutive year with diplomas a 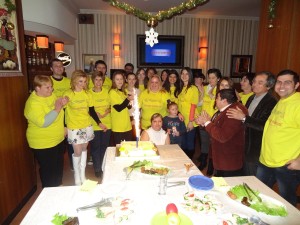 nd many gifts. The “Knight of goodwill,” title of the foundation was given to: Tatyana Dimitrova, volunteer – veteran  and after voting on site – Angel Georgiev. The ordination was conducted by knights of goodwill from previous years in the foundation . 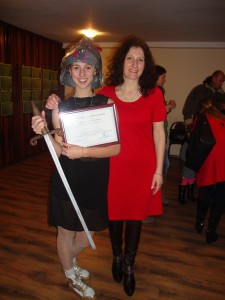 arty, on which it congratulated its active volunteers and thanked for their dedication. A congratulatory address to all volunteers was read on behalf of Reneta Veneva, management board chairwoman of NAVA. Traditionally, for the third consecutive year, the title “Knight of goodwill” was awarded to the most active volunteers in all centers of NAVA. In Kyustendil, the prize for 2015 was awarded to Christiana Genova, student in Language high school “Dr. Petar Beron”, 12th grade, active volunteer from the inception of the center for volunteers. The winner of the prize wass nominated and selected for her overall contribution to the the activity center, to school initiatives, for her goodwill, humanity, for the development of her talent in theater, for her unequivocal support for others.
по-красив свят 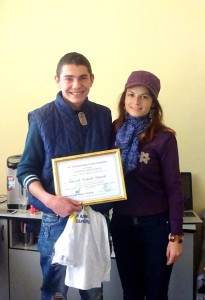 In Targovishte Club NPO, the “Knight of goodwill,” title was awarded to Stanislav Lyubenov – a volunteer, who has been dedicated to voluntary work for more than 2 years. Former pupil of the Professional School of Tourism and Food “Aleko Konstantinov” in Targovishte.

The award ceremony for the “Donka Pashkova” prize holders  and nomination for initiatives for 2015 year, was organized by city library “Paisius of Hilendar”, Asenovgrad. The competition for the initiative, implemented with the help of volunteers was organized by municipality Asenovgrad, National Alliance for Volunteer Action, Bureau of Labor – Asenovgrad, and city library “Paisius of Hilendar”. The “Knight of goodwill” award was given to Ramadan Ahmedov for overall contribution to volunteering in 2015. For great initiative, dedication and charity over 15 initiatives, carried out on the territory of the city, were nominated