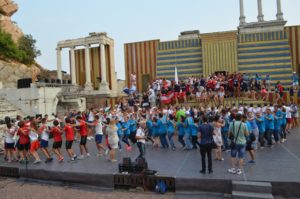 Both Minister Krasen Kralev and Mr. Williams did not miss the opportunity to thank the volunteers for their hard work and contribution to the success of these championships.

The opening ceremony begun with the song “Eto Zatova Grebem ” (This is why we row), performed by the Bonchevi sisters and Deepzone Project.

More than 60 volunteers took part in the ceremony.Dancing in a choreography which resembled rowing, they carried the flags of each country which participates in the championships.Besides them, in the ceremony took part the singers from “Detska Kitka” Choir and “Stefka Blagoeva” Girlchoir.

The racing will begin on June 22 (Wednesday) and end on June 26 (Sunday).In the championships will participate 9 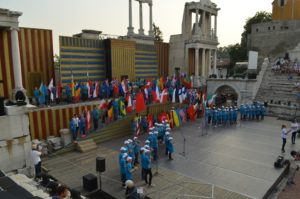