Over 150 volunteers in the World Fencing Championship in Plovdiv 2017

Over 150 volunteers were tasked with taking part of the Junior and Cadet World Fencing Championship in Plovdiv /1.04. – 10.04. 2017. /. The bigger part of them was from the Centre for voluntary action with the National Alliance for Voluntary Action. Among the volunteers were students from Plovdiv’s schools and universities and employed personnel. Over 20 were the volunteers from other cities around the country – Sofia, Karlovo, Assenovgrad, Stamboliyski, Shumen and others. Present were also foreign volunteers.

All of them received an exceptionally high score for their work and impressed not only the international federation but also technical directors of the championship. Plovdiv was unanimously declared the city – host with the most and of highest quality working volunteers and the organisation received an honour plaque for its contribution to the successful organisation of an event of such rank.

For 10 days, the volunteers worked a total of 9 600 hours of voluntary labour, with their economical contribution /in regards to the average pay per hour in the country/ is 33  600 BGN. A few more interesting statistics – the ratio percentage between boys and girls at the championship is 35% : 65%. The average age of the volunteers is 18 years old. The difference between the youngest and the oldest participant is 58 years, with the oldest being 72 years old and the youngest – 14. 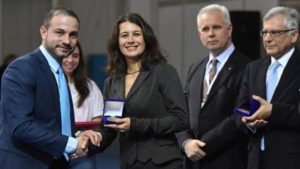 in organising and execution of World and European fencing championships. NAVA engages in the recruitment, training and coordination of volunteers from the city and the whole country for the participation in different activities for the championship, some of which extremely responsible. Among them: secretary-assistants of the judges, doping control, control of weapons and equipment, help to the technical directorate, awarding ceremonies and others.

Here is what part of the participant-volunteers share about their emotions, excitement and motivation:
Lazar, 47, Sofia: “To be a volunteer at this World Fencing Championship to me is very sentimental because during 1986 I was a secretary at a World Championship in Sofia and because I was also a fencer this was an additional activity for me. My motivation and desire to take part were to meet new people, to communicate with foreigners and of course to enjoy this experience.” He also shared that he took many enjoyable memories and that he went years back. “I hope I have also left something helpful from myself as a volunteer, while I take a nice feeling and unforgettable memories. I do not have a most memorable moment because the whole experience was incredible. I will remember the good attitude people had and the professionalism, dedication and the good attitude from the NAVA team who coordinated the event.” – also shared Lazar.

Dimitar, 15, Assenovgrad: “I took part in the World Fencing Championship because I wanted to practice my English language skills and to meet new people. I found many friends and I learned that it can be a lot of fun to have a job that doesn’t pay – to be a volunteer.” Dimitar admits that he cannot wait to be a part of any next championships and initiatives.

Nadejda Dimitrova, 18, Assenovgrad: “I took part in this World championship because I like the sport and I find it interesting to be a volunteer, I also have the opportunity for many new contacts. I learned new things about the sport and how to apply meaning to things, how to combine the useful with the pleasant.” Nadia shared that she found new friends and that the most fun position was that in a place called “caal room” /the place where competitors sit before going to the finals/ – when everyone was tired or falling asleep on the chairs and had to wake each other up, in order to work.

Cvetan Gadjev, 18, Plovdiv: “Every morning I wake up with the thought of doing something useful and this World Championship is the ideal chance to do that. I learned and took a lot. I learned more about this sport and its rules, and I am definitely taking my experience and skills which I got as a volunteer during this championship.”

For the World Championship in the city of the hills competitors visited from 105 countries from around the world, which along with the technical and support staff count over 1600 people. 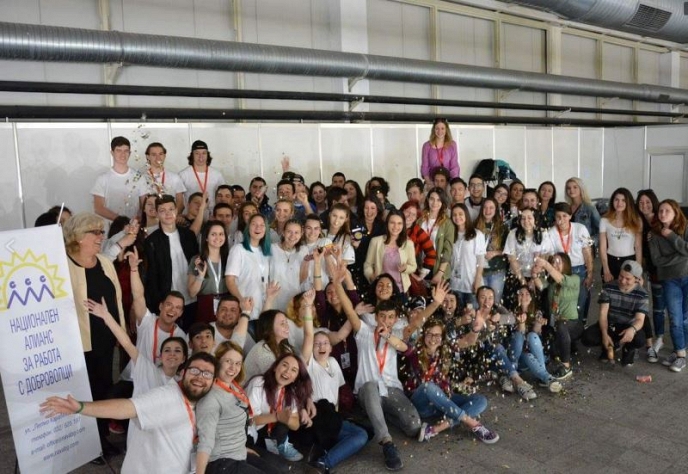