Volunteers from the National Alliance for Volunteer Action received a honorable plaque(tte) and have been highly regarded as significant contributors by the organizational commettee of the European Fencing Championship for adolescences/youth and cadets is Plovdiv 2017. 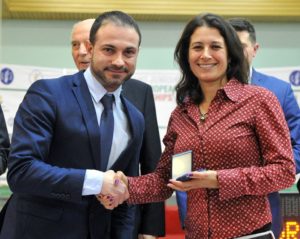 its organization, facilitation and logistics – this, in turn, created space for a lot of positive emotions, shared memories and mutual excitement. More than 3 400 volunteer work was implemented throughout the Championship. The age range encompassed volunteers from varying age groups – the limits were from 14 to 47 years old, as the approximate middle age was estimated on 17.5 years.

The main obligations of the volunteers included support for the judges during the fencing duels; participation in the awards ceremonies; technical coordination during the final contests/competitions/series; supervision over the fencing arsenal; accreditation; etc. 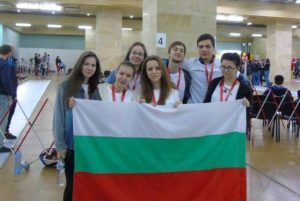 The next great challenge open for volunteer work is World Fencing Championship that is going to be held from 01.04.2017 to 10.04.2017 again in Plovdiv. You can apply for participation here.

Photos from the already passed European Fencing Championship can be found on the NAVA facebook page here.